Saugus is a neighborhood in Santa Clarita, California. It was one of four communities that merged in 1987 to create the city of Santa Clarita. Saugus includes the central and north-central portions of the city.

Saugus is located in the northern central area of Santa Clarita, near Valencia. This community was named after Saugus, Massachusetts, the home town of Santa Clarita founder Henry Newhall. The term "Saugus" originally came from the Narragansut Indian phrase meaning "sandy spit of land." Today, Saugus is a community made up almost entirely of residential development, winding through Bouqet Canyon Road. 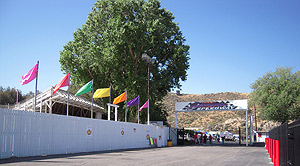 Saugus's main park is "Central Park," which has some of the best open air park facilities in Santa Clarita. Other Saugus parks include the Bouquet Canyon Park, Pamplico Park, and Santa Clarita Park.

Other notable Saugus landmarks include: 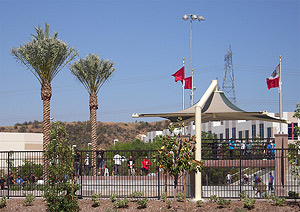 Based on information from CRISNet MLS as of [insert date; insert time data was obtained] All data, including all measurements and calculations of area, is obtained from various sources and has not been, and will not be, verified by broker or MLS. All information should be independently reviewed and verified for accuracy. Properties may or may not be listed by the office/agent presenting the information.